Various algorithms have been studied for analysis, modification and synthesis of signals and images. Application domains include acoustics, image processing and  biological data.

A transform designed to provide maximum independence among its output is an Independent Component Analyzer (ICA). We have contributed with various algorithms and structures to this paradigm. 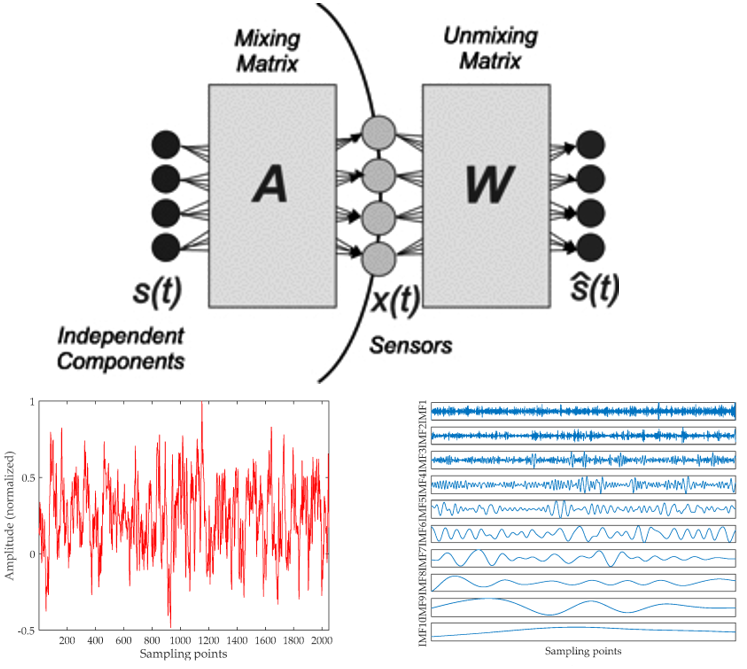 In retote sensing applications, such as Synthetic Aperture Radar (SAR),  a crucial role is played by algorithms that have to unfold the phase (phase unwrapping). We have proposes  two approaches, one  based on a discretization of Green's operators, and one on genetic algorithms. 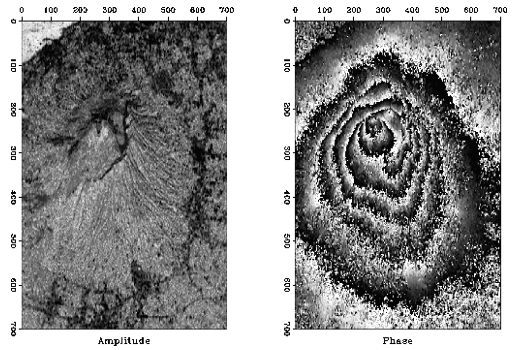 The pitch contour in speech is what makes the signal sound expressive. Manipulation of this intonation in speech processing, or sythesis, requires careful algorithm design to preserve, or produce, natural soundness. We have explored Fujisaki's model in altering the prosody of natural speech signals. 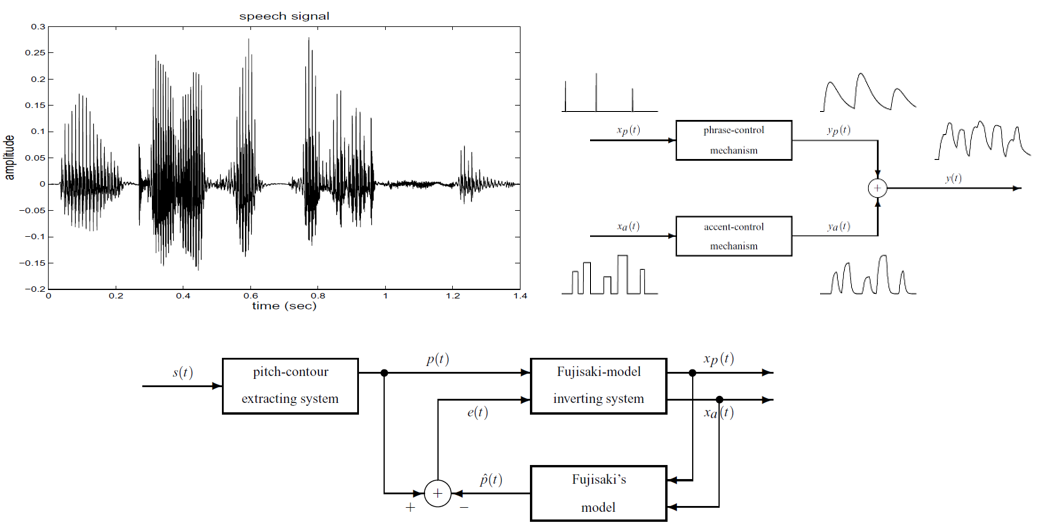 A sampling theorem for polynomial intepolation has been proposed for signals and functions that belong to the exponential family. The regions of converge of the piecewise interpolations, for both, one-sided, and two-sided interpolation, genaralize the well-known Nyquist criterion. 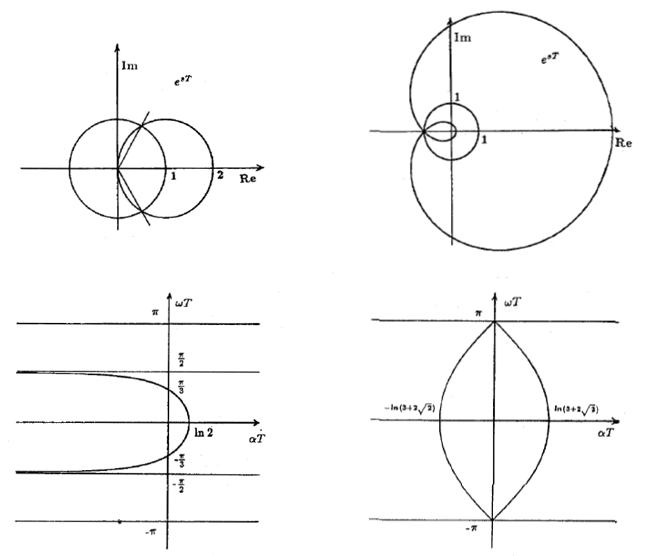 Order statistic filter are based on linear combinations of ranked samples within each observation window. A well-known case is the median filter. We have generalized the class and introduced the so-called Ll-filters.Various algorithms for characterization and design of these filters have been proposed with applications to one- and two-dimensional signals. 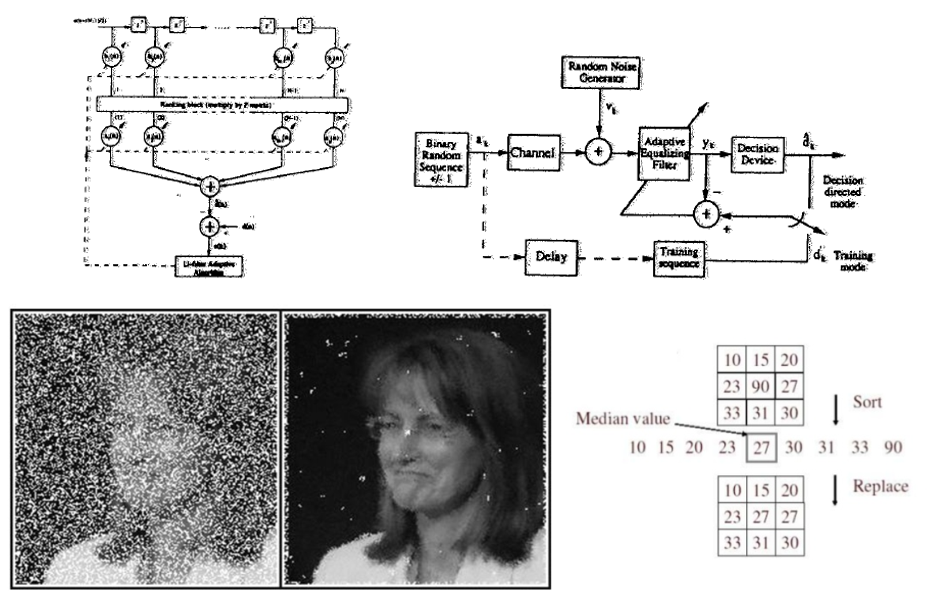 Event detection based on innovations on RLS-based predictors, are applied to geomagnetic time series measured in the proximity of erupting vulcanos.

A pattern classification technique has been proposed for classifying tumor shapes from mammograms. The technique is based on the classical scheme of a parameter extractor followed by a classifier. Shape parameters are extracted for  a 3-class decision. 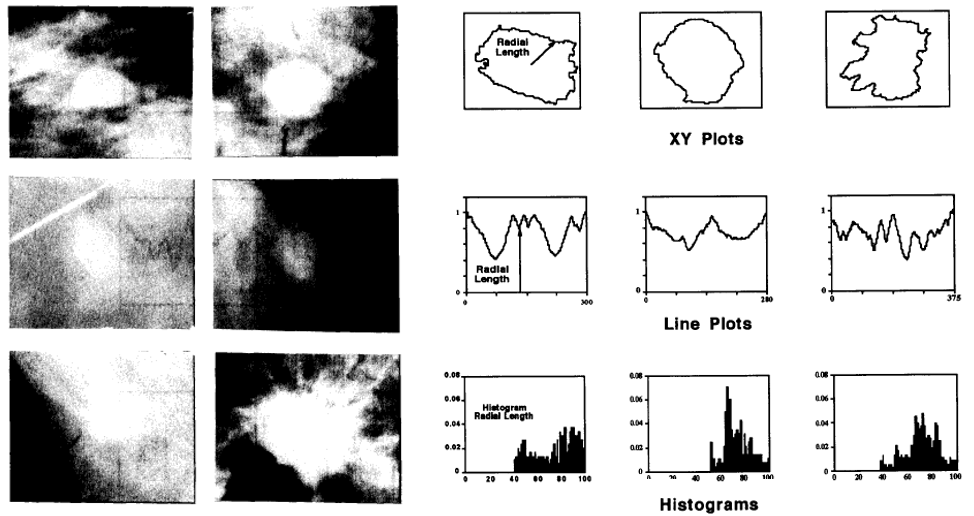 Location of Partial Discharge in Cables

Faults in underground high-voltage cables, can be detected using measurements on the reflected signals produced by partial discharges induced during testing. We have proposed signal processing algorithms for accurate location estimation.

In designing digital filters and in spectral estimation, window functions are used to control the effects of finite length observations. We have proposed a class of window functions based on piecewice polynomial that can be designed for smoothness control. 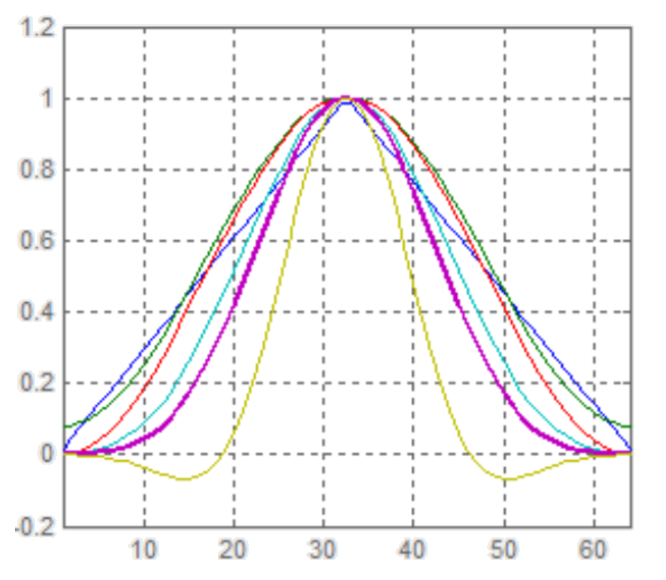 Internal structures of solid objets can we recostructed from projections gathered externally through x-rays (CAT scan). A priori knowledge  on the objects composing the unknown structures can help in obtaining smoother recostructions.

Speech can be processed to recognize the speaker. We have experimented with LPC - Linear Prediction Coefficients  for reliable speaker identification. 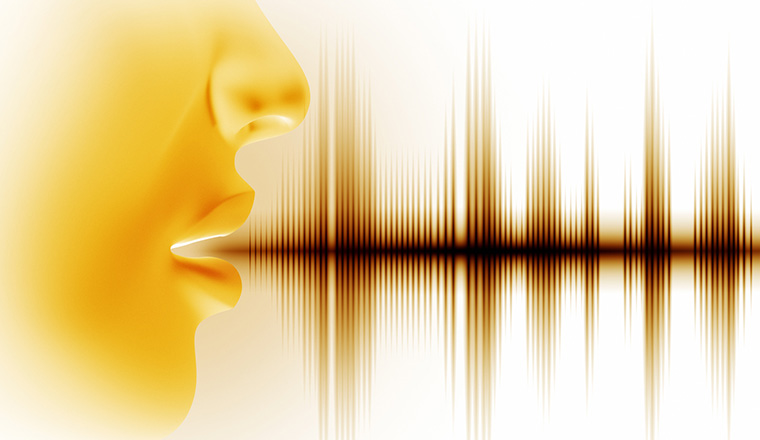 Digital filters can be designed and implemented in various architecture. We have proposed an architecture for non-causal filters and proposed a technique for sparse filter design.

We have proposed a technique that induces sparsity on the solution of linear systems in signal compression. 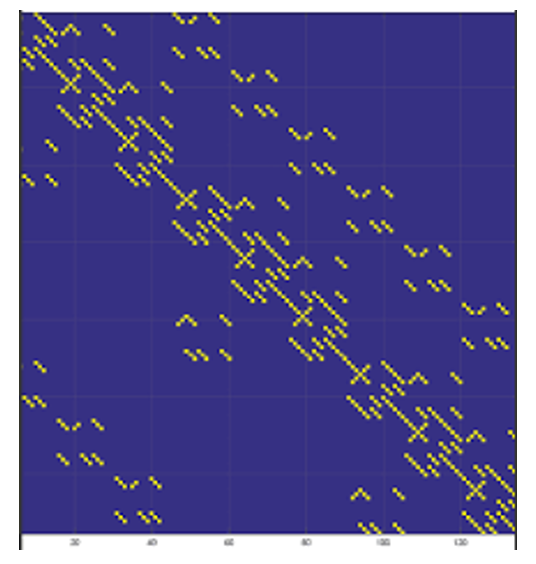 We have designed a software interface for efficient analog-to-digital conversion based on a multiplex. 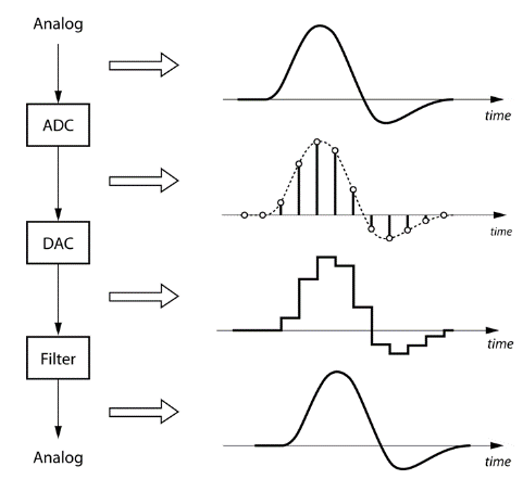